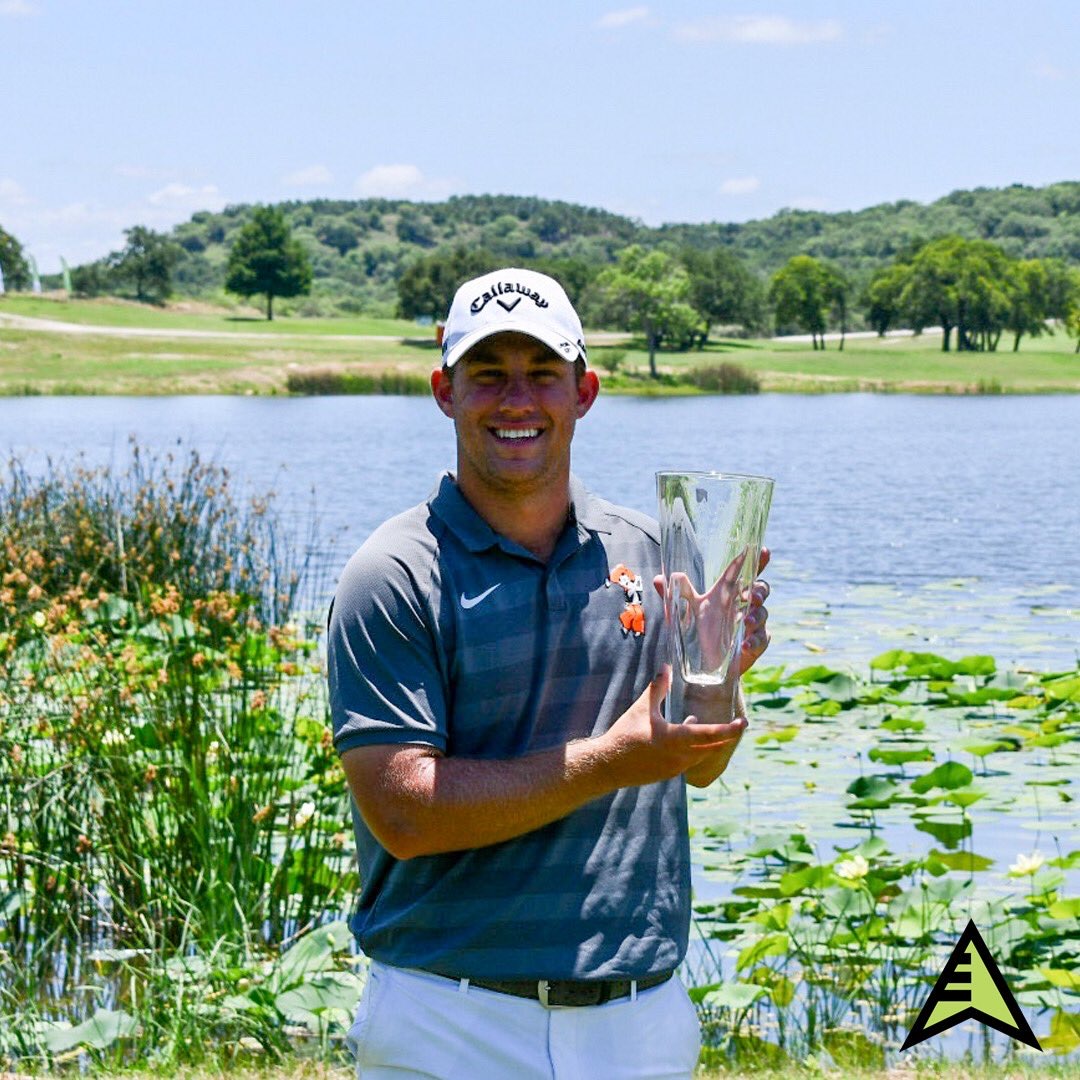 Brownwood, TX – It was the final round of the Fore The Kids Shootout at Brownwood Country Club. It was a three man race as the players battled for the $25,000 first place prize between MJ Daffue (Pretoria, South Africa), Sam Stevens (Fort Worth, TX), and eventual champion Zach Bauchou (Forest, VA). Bauchou started the day slower than the past few, shooting even par on the front nine. Stevens took this opportunity and applied pressure shooting a front nine 31. This left Stevens 3 back heading into the back nine. As for Daffue, he had a slow front nine as well, but turned it on near the end of the round finishing with two eagles in his last three holes to end two off the lead. With Stevens only 3 back, Bauchou started to find his rhythm again and shot two-under on the back to finish 1-stroke ahead of Stevens, who finished the day with a 63.